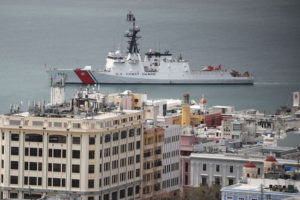 We sat down with Charlie Papavizas to discuss how the Jones Act has (or hasn’t) affected disaster relief efforts in the Caribbean and the political spotlight §27 has recently attracted.

TMLJ: Hi Charlie. Thank you for joining us. Our first question comes from a student who asks: why have certain territories been exempt from the Jones Act for decades?

CP:   The only meaningful U.S. territories fully exempt from any U.S. flag requirement for trade with the rest of the United States are American Samoa and the U.S. Virgin Islands.  In both instances, the exemption is more a matter of historical accident as much as anything else is.

TMLJ:   Given the current business realities in the maritime sector, has §27 outlived its original or useful purpose?

CP:   The Jones Act support community–consisting of U.S. ship owners and operators, U.S. shipyards, U.S. maritime and shipyard labor, and many other interests–would, of course, disagree that the Jones Act has outlived its original purpose or a useful purpose.  In addition, and in most important respects, the Jones Act is an act of territorial sovereignty.  In other words, it is the mechanism by which the U.S. Government controls its domestic maritime commerce like it controls all other U.S. interstate commerce whether by air or land.  No country, of which I am aware, freely permits non-citizens to engage in its domestic trade (as distinct from its foreign trade) without complying fully with its domestic laws, including safety, labor, environmental, and tax laws.  By restricting U.S. domestic maritime trade to U.S. flag vessels, the U.S. mandates application of those laws to domestic maritime commerce.

The U.S. build requirement is, of course, one element of the Jones Act where there is no direct analogy with U.S. domestic air or land trade.  However, even in those modes of transportation, like planes, trucks, cars, rail cars, etc., one must comply with U.S. safety and environmental standards, which are substantially different than the standards applicable in the European Union, Japan, Australia, or similar countries.  And, there is a valid national defense argument specific to the build requirement and the Jones Act as a whole in terms of the need to support a shipyard defense industrial base and a core of qualified U.S. citizen merchant mariners.

TMLJ:   Is a 10-day waiver long enough to make a difference in the flow of aid to Puerto Rico? If not, how long would be? Should there have been a waiver at all?

CP:   Both the Irma and Maria waivers of the Jones Act were issued pursuant to 46 USC § 501(a), which means that they were issued upon request of the Secretary of Defense without any analysis of whether there was adequate or inadequate U.S. flag Jones Act capacity to meet the shipping need.   In other words, it can be argued that those waivers were issued less to meet a need than for public relations purposes.  If that is correct, the duration is not relevant to whether a difference will be made.  In fact, in a hearing on October 3 before the Coast Guard Subcommittee of the U.S. House of Representatives Transportation and Infrastructure Committee, the entire panel of Jones Act related witnesses asserted that the waiver for Puerto Rico won’t be used at all and that the Jones Act fleet had more than adequate capacity to meet the relief needs.

TMLJ:   Is Jones Act reform possible, or do the cabotage laws of other coastwise nations effectively force us to keep the protections of §27 in place?

CP:   Congress can change the Jones Act, like any law, with the approval of the President.  The Jones Act can trace its lineage to the third Act of the new U.S. republic in 1789, and its longevity would indicate that it is unlikely to be repealed.  Moreover, the Jones Act enjoys broad based, bi-partisan support and that has been the case for a very long time, which also indicates that it will not be repealed or substantially changed.  At the same time, the Jones Act has changed over time and there are often proposals to change the Act in some way – so some change is possible.  Although the Jones Act has been the subject of certain international trade discussions, it has to date not been affected substantially by those discussions.

TMLJ:   Does the advent of crewless/unmanned vessels warrant revisiting the Jones Act?

CP:   The Jones Act does not require that vessels must be manned – only that they be documented in the United States.  So, the absence of a crew should not affect the application of the Act.

TMLJ:   Have other “flags of convenience” limited the effectiveness of the Jones Act in protecting US interests? If so, how?

TMLJ:   Does the current global excess of shipping capacity undermine the purpose of §27? (It seems like even if American shipbuilding was robust, all shipping companies are hurt by the excess supply, so we wouldn’t want them building more ships right now anyway).

TMLJ:   Was the Jones Act economically harmful to Puerto Rico prior to Irma?

CP:   There is a difference of opinion as to the economic impact of the Jones Act.  The studies that tend to criticize the Jones Act are usually flawed because they fail to consider that the Jones Act, other than the U.S. build requirement, is largely no more than a reservation of U.S. domestic maritime trade to U.S. nationals.  In other words, the Jones Act is a normal exercise of territorial sovereignty.  Permitting a foreign-flag ship into U.S. domestic maritime trade without having to comply with U.S. labor, environmental, safety, tax, and other laws would be contrary to U.S. territorial sovereignty and highly unusual.  It would be similar to permitting Mexican owned and operated trucks operate in Texas to aid in hurricane relief and then exempt those trucks from all U.S. laws, including safety laws like weight limits or labor laws like the National Labor Relations Act.  Moreover, the build requirement has a national security justification, which should be considered since U.S. shipyards are an important component of the U.S. defense industrial base.

TMLJ:   How large was Senator McCain’s role in the 10-day waiver?

CP:   There actually is no reason to believe that Sen. McCain played any role in the issuance of the short-term waivers after Hurricanes Irma and Maria.  Similar waivers have been issued after Hurricanes Katrina, Rita, and Sandy.

TMLJ:   How, if at all, has the playing field for the Jones Act changed since the last time it was waived during Katrina and Rita?

CP:   The main thing that has been happening with the Jones Act in the last ten years is the substantial investment by vessel owners in new vessels with many of the segments–like product tank vessels–being almost completely recapitalized with new vessels.  As a result, the Jones Act fleet in many sectors is as modern as any in the world. 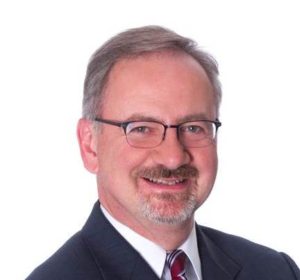 Charlie Papavizas is a maritime and admiralty lawyer in Washington, D.C. who focuses his practice on administrative, legislative, and corporate matters, including extensive experience in advocacy on behalf of maritime clients before various federal agencies like the U.S. Coast Guard, the U.S. Maritime Administration, and the U.S. Congress.